Dame Judi Dench will return to the London stage in 'Peter and Alice' which will be directed by Michael Grandage. 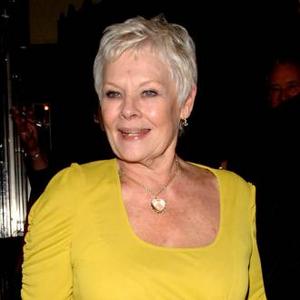 Dame Judi Dench will return to the London stage in 'Peter and Alice'.

The veteran actress will portray Alice Liddell Hargreaves, who as a child inspired Lewis Carroll to write 'Alice in Wonderland', in the new production alongside Ben Whishaw as Peter Llewelyn Davies, who was identified by author J.M Barrie as the source name behind his famous play 'Peter Pan'.

The play has been written by John Logan and will be directed by Michael Grandage when it opens in London in March 2013.

The story is based on a true encounter between the pair but is a fictionalised account of their one brief meeting.

Michael explained to the Daily Mail newspaper: ''You have the real life figures of Alice and Peter who met each other briefly for about 40 minutes. John Logan imagined what they said to each other and that's the basis of the play.''

He admitted it will be a dark play which poses questions about how people cope with being hurled into the public eye as children, asking ''Would you prefer it never happened?'' and added ''It's a mature, quite dark drama.''