The legendary actress revealed that her daughter Finty surprised her on her 81st birthday last year, and that she now has 'Carpe Diem' tattooed on her wrist.

Dame Judi Dench that she recently got her first ever tattoo, which she was given for her 81st birthday by her daughter Finty last year.

After a great deal of consideration, the Oscar winning screen and TV icon revealed that she got the words ‘Carpe Diem’ inked on the inside of her right wrist.

In a new interview with The Mirror Online, Dench explained the meaning behind the Latin phrase: “That’s my motto: ‘Seize the day’. Finty gave it to me for my 81st birthday – she’s wonderful with surprises. Mind you the company of ‘A Winter’s Tale’, which I was doing at the time, used to say that it said fish of the day.” 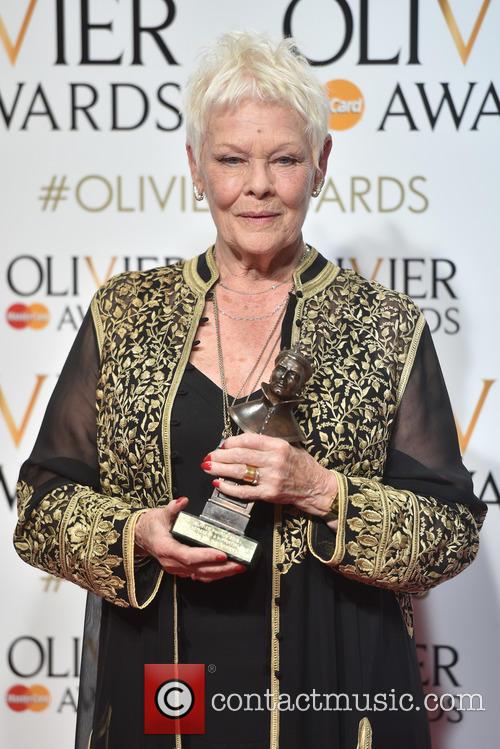 Dame Judi Dench with her Laurence Olivier Award in 2016

She had told Good Housekeeping in an interview over a year ago that she had become increasingly keen on the idea of body art. “I am tempted to have a tattoo to mark my birthday. Finty’s very keen on me having one.”

The tattoo was visible as she recently attended that James Bond-themed Duke of Edinburgh Award gala earlier in June.

After being gifted the surprise present, Dench also said that there were a number of ideas that she had but rejected for various reasons. “There’s an Indian symbol that I like which supposedly represents life and love and everything.”

She added: “One of the cameramen who worked on The Second Best Exotic Marigold Hotel told me what it meant, but I’m a bit nervous in case I’m being set up… It might be unbelievably rude!”

Dench recently revealed that she is gradually losing her sight due to a condition known as macular degeneration, which requires treatment every six weeks.

But, later in the interview, she revealed she’s determined to make the most of things and remain as youthful as possible. “I just want to go on being mobile really and able to do things. I’m not going to be beaten by my eyes for instance.”

More: Judi Dench backs Tom Hiddleston to be the next James Bond