Dame Judi Dench And Julian Fellowes Will Perform Readings To Bid Farewell To Late British Actor Sir Donald Sinden At A Memorial Service In May (15). 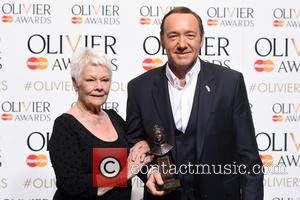 The veteran actress and the Downton Abbey creator will appear at London's Wyndham's theatre to celebrate the life and career of Sinden, who died in September (14), aged 90, following a battle with cancer.

Sinden's son Marc tells Britain's Daily Mail newspaper, "The theatre was really Dad's church, so we decided to have it at Wyndham's Theatre... Julian Fellowes will do what would normally be called the eulogy and Judi Dench and (actress) Janet Suzman will share the memories of him, too."