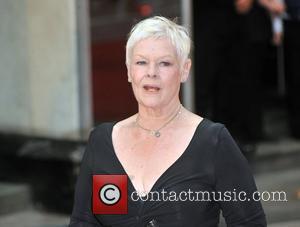 DAME Judi Dench has rubbished reports Casino Royale wasn't censored for release in China - insisting she was asked to re-record a line about the Cold War. Much has been made of claims the new James Bond movie has escaped censorship in the communist country - where most movies are specially edited to avoid offence. But Dench confesses she replaced the line "Christ, I miss the Cold War." The actress - who plays spy boss M - reveals, "I wasn't allowed to say that for China. "I had to re-dub it. It was: 'God, I miss the old times.' Not quite the same thing."