'The Second Best Exotic Marigold Hotel' star has no plans to give up work anytime soon.

Dame Judi Dench has described “retirement” as “the rudest word in the dictionary”, as she promotes her latest film, The Second Best Exotic Marigold Hotel. Speaking to The Telegraph, the 80 year also revealed she doesn't allow the word “old” to be used in her house and as for “vintage”, well that’s on the banned list too. 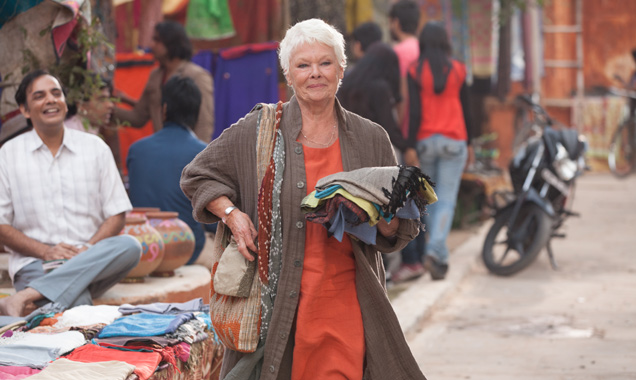 “I don't want any of those old words,” the actress told the newspaper. “I like 'enthusiastic' and I like the word 'cut' because that means you've finished the shot.”

Dench’s latest film The Second Best Exotic Marigold Hotel, is a sequel to 2012’s surprise hit, which took nearly $137 million at the worldwide box office, despite having a budget of just 10 million. The film follows a group of British pensioners who move to a retirement hotel in India, rediscovering themselves and love in the process.

More: Dame Judi Dench Was Considering Getting A Tattoo For 80th Birthday

Speaking about the film’s positive message regarding old age, Dench said, “I think that’s what the whole film is about. I don’t want to be told I can’t do something. I’ll just have a go at it and I may make a terrible mess of it but I’d sooner make a mess than not have a go at all.”

“I don’t think age matters at all. What matters is your determination not to give up and not to stop learning new things, which I absolutely applaud,” the actress continued. The sequel sees the film’s original cast returning, along with a new face, Pretty Woman star Richard Gere. 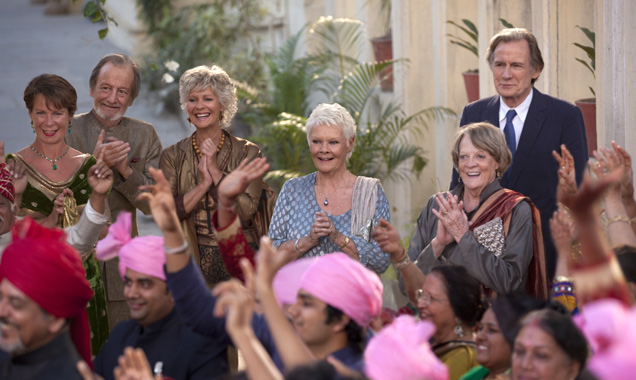 Dench also described her 80th birthday celebrations in December to the paper, which she called, “the best birthday I’ve ever had.” “My daughter and my agent arranged it and I didn’t know anything about it. I had to come to London and we went to the Ivy Club for lunch and there were 37 of my friends around a table,” the actress said.

“Then after the main course we went downstairs for cake and there were about 40 others so it was the most fantastically wonderful day. Then two days later we went to the pub in my village and then after that I was taken to Cornwall for three days, so I was completely spoilt.”

This time last year Dench was wrapping up her Oscar campaign, after receiving a Best Actress nomination for Philomena, opposite Steve Coogan. This year, the 80 year old is enjoying a quieter Oscar season, but she did reveal she’ll be keeping her “fingers crossed for Eddie Redmayne,” come Sunday.

As for Dench's hobbies at 80, the actress said that while her eyesight may have deteriorated in later years, it hasn't stopped her from taking up tapestry again. “I thought I couldn’t do it but now I have been given this wonderful magnifying lamp and I find I can."

"If you get the canvas a bit bigger it’s surprising what you can do,” the actress continued, before revealing that her most recent piece of embroidery was, “a very rude cushion for a friend.” Sadly Dench declined to reveal what the cushion said, however we can only image what a rude cushion from a Dame would look like.