Dame Judi Dench will play the real Alice in Wonderland alongside her 'Skyfall' co-star Ben Whishaw in new London play 'Peter and Alice'. 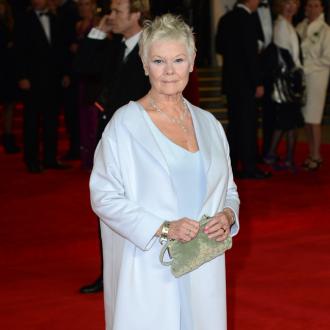 Dame Judi Dench is set to star in a new West End play.

The 78-year-old actress will follow-up her BAFTA nominated role as M in James Bond film 'Skyfall' with a role alongside her 007 co-star Ben Whishaw in 'Peter and Alice', written by one of the Bond writers John Logan.

Michael Grandage, the play's director, told the Daily Mail newspaper: ''Judi's a hot, hot star. But she's up for doing a play and loves being part of a company. Judi's over the moon about doing the play, and looking forward to meeting the cast.''

The play is about what happened when Alice Liddell Hargreaves, the inspiration behind Lewis Carroll's 'Alice In Wonderland', met Peter Llewelyn Davies, who J.M. Barrie based children's favourite 'Peter Pan' on.

Michael explained: ''It's about what happened to their lives when they grew up, and what part of them gets left in childhood and what part comes with them. It's about how the real Peter and Alice dealt with the public adoration, because neither of them asked to become Peter Pan and Alice in Wonderland.''

The production sets up a fictional conversation between Peter and 80-year-old Alice as they wait for a Lewis Caroll exhibition to open. Up-and-coming actors Olly Alexander and Ruby Bentall will play the fictional young characters.

Rehearsals begin on January 28 and the play will run from March 9 at London's Noel Coward Theatre.