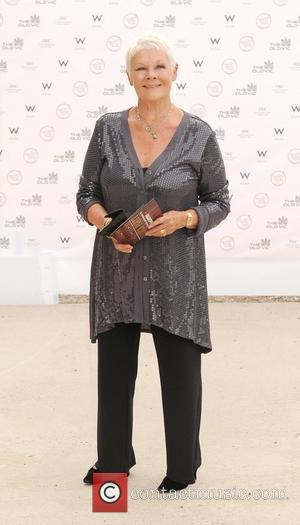 Dame Judi Dench is calling for officials to implement a ban on animal testing for cosmetics sold in Europe, branding the practice "cruel".
The European Union (E.U.) is set to introduce legislation outlawing the sale of products tested on laboratory animals in 2013, but there are fears the ban could be pushed back by 10 years.
Dench has joined stars including Ricky Gervais, Melanie Chisholm and Sir Paul MCCartney's daughter Mary by signing a petition drawn up by Humane Society International urging politicians not to delay the move.
She says, "Using animals to test cosmetics is cruel and should be stopped. These days there are other means of testing which do not involve animal suffering. I totally support a sales ban and urge E.U. politicians to keep their promise to help stop this practice by 2013."
Mary MCCartney adds, "Subjecting animals to pain and suffering just so that we can produce a new shade of lipstick or eye-shadow is simply cruel and unnecessary in this day and age.
"E.U. politicians promised to ban the sale of cruelly-tested cosmetics by 2013 and I sincerely believe they should honour that ethical pledge."