But the actor had to find out what a meme was first.

‘The Young Pope’ premieres in the US tonight on HBO, but before the series has even started the internet has been flooded with memes about the show’s very precise title.

But the series’ star Jude Law is taking all the internet tomfoolery in his stride, because after all, any publicity is good publicity. 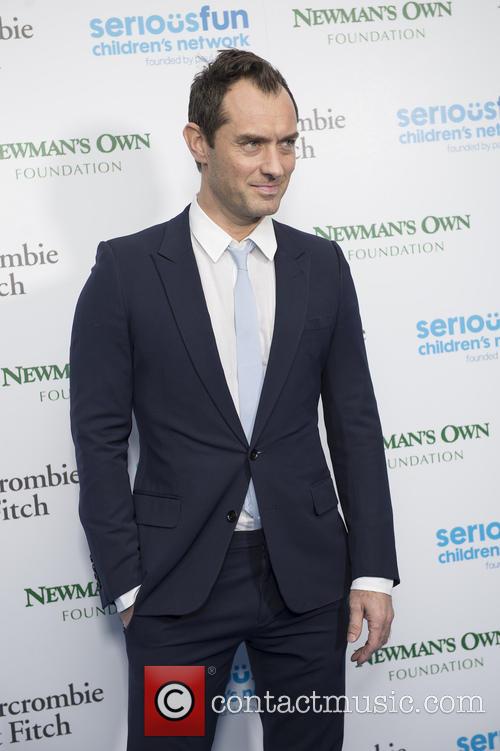 Appearing at the TV Critics' Association winter press tour, Law was asked if he’d seen any of the many memes currently circulating on Twitter. "Having spent the last week both in New York and here [in LA] doing lots of press, I've become very aware," he said.

"But I was also, at the beginning of the week, completely unaware of what a meme was. Having been educated and shown them, I've become very aware. I love them, they're very funny. They're very imaginative.”

More: Jude Law Fights For Unaccompanied Child Migrants To Be Transported From Calais

When asked if he was worried that the memes would overshadow the show itself, Law said: "Obviously I hope not. It will, I hope, provoke and prompt interest and intrigue.

"Something Paolo (Sorrentino, director) told me just this week was that one of the most exciting facts of the screening in Europe was the high level of young people who got involved. I don't know that meme trends are reflective of young people's interest, but if it is, I'm very excited."

More: Jude Law Becomes A Father For The Fifth Time

Director PaoloSorrentino also explained why he decided to set the show in a world that seems so far removed from the current public face of the Catholic Church.

"Because it would be possible that after Pope Francis, the next pope could be somebody like the character of Jude Law,” he said. “This is the thing that many experts in the church told me, so the idea was to do a project of the next pope, the future pope."