Guy Ritchie has hired his 'Sherlock Holmes' actor Jude Law to play a villain in his forthcoming 'Knights of the Round Table' movie. 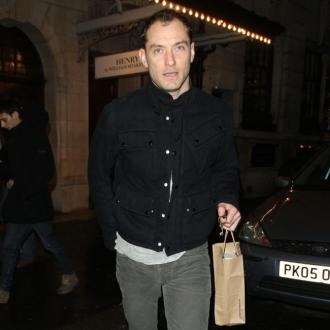 Jude Law is to portray the villain in 'Knights of the Round Table'.

The 41-year-old actor will team up with his 'Sherlock Holmes' director Guy Ritchie for the first movie in his planned King Arthur franchise, though specific details of his menacing role - including whether he will be a recurring character or just in one movie - have not been revealed, Variety reports.

The planned six-film series already has Charlie Hunnam in the lead role of Arthur, with Astrid Berges-Frisbey playing Guinevere in the medieval adventure, and the filmmaker is currently seeing actors for the part of the king's mentor, the last major role to be cast.

'Luther' star Idris Elba was originally up for the role but could not reach a deal so walked away from the project.

Plot details for the picture are being kept under wraps, but it will open in cinemas on July 22, 2016.

Joby Harold wrote the script and is producing alongside the director, Lionel Wigram, Akiva Goldsman and Tory Tunnell, while Niija Kuykendall and Cate Adams are overseeing for studio Warner Bros..

Law can next be seen in action movie 'Black Sea', which enters cinemas in January 2015.