Jude Law is suing Paloform, a Canadian fireplace company, claiming they have used his image in their advertising without permission. 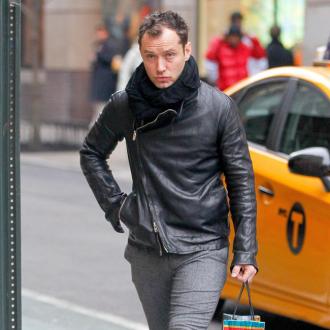 The 'Anna Karenina' actor has claimed Paloform have illegally used his face in advertising on its website, Facebook page and Pinterest account and has filed documents in LA County Superior Court seeking unspecified damages.

In the papers, Jude describes himself as ''one of the most recognised, highly regarded, critically acclaimed, and commercially valuable motion picture actors in the world.'' He also included his profile on movie information website IMDb to back up his claim.

The 40-year-old actor wants the judge to order the fireplace company to stop using his face in their advertising, gossip website TMZ reports.

Jude - who has three children, Rafferty, 16, Iris, 12, and Rudy, 10, with ex-wife Sadie Frost and three-year-old daughter Sophia with model Samantha Burke - is protective of his image and recently admitted he found it infuriating that people thought of him as a playboy after he cheated on former fiancee Sienna Miller with his kids' nanny.

He said: ''People assume that I'll be like that. You have to separate it and say, 'Well I know it's not me.' You learn to live with this dichotomy of who you are and who they're saying you are.

''That period was horrible. It was just boring. Boring, shallow and infuriating.

''I think it managed to [overshadow my acting] for a while, unfortunately. I was dragged, kicking and screaming, into the swamp, the mire.''