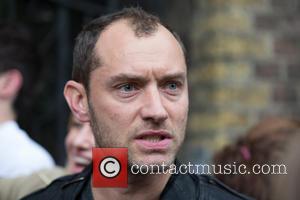 Picture: Jude Law - Greenpeace protests outside the Russian Embassy angry at the arrests of 30 activists including journalists that were accused of piracy by...

Jude Law and Sadie Frost's son is following his famous parents into the spotlight by launching a modelling career.

Rafferty Law, 17, has inherited his dad's good looks and is putting them to use in the fashion industry. He has been signed up by tailoring brand Tiger of Sweden to star in their new advertising campaign.

Alongside a batch of other cool kids, Law appears in a short film, A Different Cut, in which he models the retailer's latest wares.

The teenager is Law and Frost's eldest child - they are also parents to daughter Iris and another son, Rudy. The pair divorced in 2003 after six years of marriage.