Jude Law has joined the cast of 'Queen of the Desert' alongside Naomi Watts and Robert Pattinson. 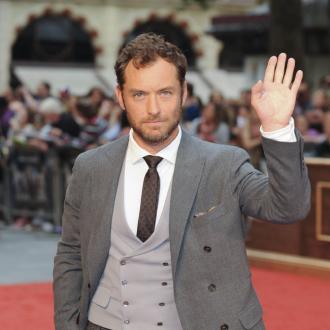 Jude Law has joined the cast of 'Queen of the Desert'.

The 'Sherlock Holmes' actor will star opposite Naomi Watts and Robert Pattinson in the upcoming period drama, which is written and directed by Werner Herzog.

In the movie, Naomi will play Gertrude Bell, a pioneering explorer, writer, archeologist and attaché for the British Empire, who is credited with helping to administer the modern Iraqi state at the beginning of the 20th century.

'Twilight Saga' actor Robert will portray her collaborator T.E. Lawrence and Jude's role is not yet specified, but it is believed he could be playing Charles Doughty-Wylie, with whom Gertrude had a two-year affair.

Producer Nick Raslan said: ''It is great to be working with Herzog again on this epic story as Ms. Bell been called the female 'Lawrence of Arabia.''

Nick Meyer, CEO of Sierra/Affinity, who are handling sales on the project, added: ''It is a great opportunity to be working with such acclaimed talent on such an important project. We look forward to seeing Werner Herzog make this exciting piece of history come alive for a global audience.''

Principal photography is scheduled to begin in Morocco in March 2013.