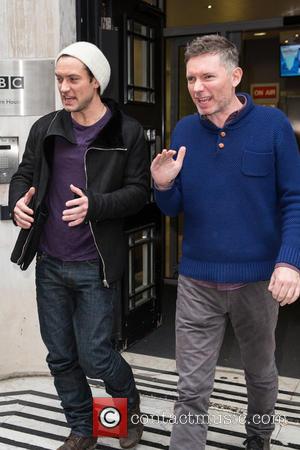 British actor Jude Law embarked on a two-day mission with Britain's Royal Navy to prepare for his role in upcoming film Black Sea.

The Talented Mr. Ripley star portrays a submarine captain in pursuit of a treasure-filled Nazi vessel in the thriller, and Law spent time with the Royal Navy to experience sailor life before the shoot.

He tells Esquire.co.uk, "I was very lucky to be invited by the Royal Navy to go off on a submarine mission, so I went off for a couple of days with them. To be honest, more for a life experience than any sort of research...

"We shot the film on an actual submarine that some wonderful, crazy guy had bought and had sitting in an estuary in (English town) Rochester. Being there, rather than on a set, heightened the drama for us. You're on top of each other and it gets very claustrophobic."