Jude Law is in talks to star in JOE WRIGHT's 'Anna Karenina' opposite Keira Knightley and Aaron Johnson. 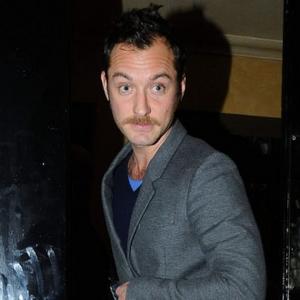 The 'Sherlock Holmes' star has reportedly been in discussions with director JOE WRIGHT about taking on a role in his proposed big screen adaptation of Leo Tolstoy's classic novel, which follows a married woman - played by Keira Knightley - who becomes a social outcast when she has an affair with an aristocrat.

'Kick-Ass' actor Aaron is also being considered for a role although it has not been confirmed which actor will play Anna's unfeeling husband or her lover.

The Working Title film is being produced by Tom Bevan from a script written by Tom Stoppard.

Jude's next major project will be a stint in 'Anna Christie' on London's West End.

The actor - who won plaudits for his role as Hamlet on stage in the British theatre district and on Broadway in New York - will take on the role of Mat, the love interest of the main character, to be played by Laurence Olivier Award winner Ruth Wilson.

However, he also has a number of big movies coming up.

He recently filmed 'Sherlock Holmes' sequel 'A Game of Shadows' with Robert Downey Jr. and will also be seen in Martin Scorsese's 'Hugo Cabret' as the titular character's father.

'Anna Karenina' is scheduled to start shooting later this year.