Jude Law reportedly fell for Ellen Crawshaw on the set of his new gangster film 'Dom Hemingway' and the couple have been ''inseperable'' since October. 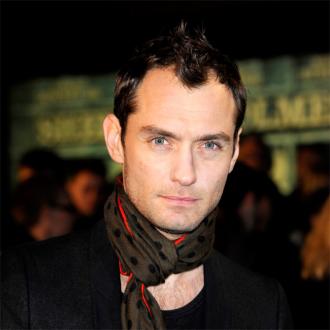 The 39-year-old actor allegedly fell for East London girl Ellen on the set of his new gangster film 'Dom Hemingway' and the pair have been ''inseparable'' since their romance took off in October.

A source told the MailOnline: ''Jude and Ellen's romance is the talk of the set. It started last month when we were filming in France. There was an instant connection and they'd been flirting but it didn't turn physical until the night we all went out for a cast and crew party just outside St Tropez.

''Since then they have been inseparable. They are making no attempt to hide their feelings for each other and both of them look so happy. They clearly get on fantastically well. He's single and so is she, so there's nothing to hide. They are just two people in love having a great time together.''

Ellen, 31 - who bears a strong resemblance to Jude's ex-wife and the mother of his three children, Sadie Frost - is said to be worried the Hollywood star will end things when filming wraps in the New Year.

However, things appeared to be heating up when the production moved to the Isle of Man as the couple were spotted openly kissing and cuddling in The Palace Hotel bar in Douglas.

An eye-witness said: ''They were having a great time and didn't care who saw them being intimate. The bar was full. She stuck to water but he was drinking lager and whisky.

''Jude has grown a beard for the film, which she kept stroking, and she was feeling his arms because he has bulked up for the movie. They are always hanging out and sneaking off together during filming and afterwards, although she is worried he might leave her after the shoot is finished.''

Jude has been single since splitting from Sienna Miller in 2011, and famously met both Sadie and blonde beauty Sienna on film sets.