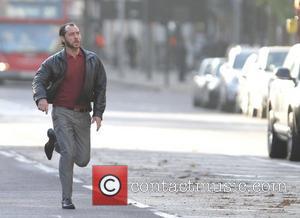 The Sherlock Holmes star, who was previously married to Sadie Frost and engaged to Sienna Miller, has grown close to Ellen Crawshaw since they began working on the film in October (12), according to Britain's Mail On Sunday.

A source tells the publication, "Jude and Ellen's romance is the talk of the set. It started last month when we were filming in France.

"There was an instant connection and they'd been flirting but it didn't turn physical until the night we all went out for a cast and crew party just outside St Tropez.

"Since then they have been inseparable. They are making no attempt to hide their feelings for each other and both of them look so happy. They clearly get on fantastically well. He's single and so is she, so there's nothing to hide. They are just two people in love having a great time together."