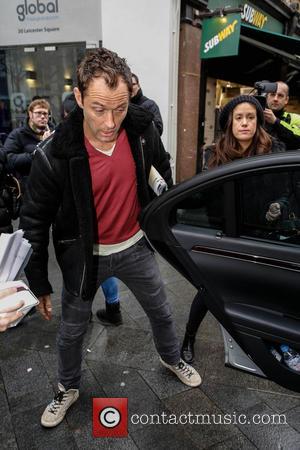 Rountree, 25, who is a part-owner of New York's Tartinery restaurant, accompanied the 40-year-old Alfie star to the French premiere of his film Side Effects on 4 March (13).

The source adds, "She's a nice girl and comes from a good family. She's young, but mature. She's been modelling for a long time so she had to grow up fast."

Law previously dated actress Sienna Miller on and off for seven years, while he also briefly romanced model Samantha Burke - the mother of his two-year-old daughter. The actor was married to Sadie Frost for six years. The couple has three kids.