The British actor and his ex-girlfriend Catherine Harding recently welcomed a daughter into the world.

Jude Law has become a father for the fifth time. The British actor and his ex-girlfriend Catherine Harding recently welcomed a baby girl into the world, according to E! News reports.

On Tuesday, a spokesperson stated to People magazine “I can confirm the arrival of Jude Law and Catherine Harding’s daughter. Both are delighted and continue to ask that their privacy and that of their child be respected.” 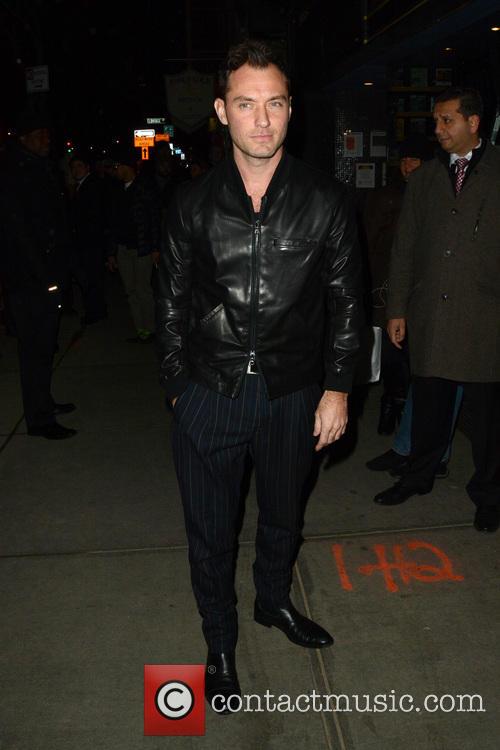 Jude Law has become a father for the fifth time

42 year old Law already has three children with his ex-wife Sadie Frost – sons Rafferty (18) and Rudy (12) and daughter Iris (14) – and another daughter (Sophia, 5) with model Samantha Burke. In an interview with PageSix back in January this year, he said that his children were his “bedrock”.

Speaking about what thought about getting older, he said “there’s always sensing the presence of age. I’ve done 57 films. Looking back, I can’t believe I’m still working and maintaining my position. But I’m a happy man these days. Four children, another on the way. They’re my bedrock.”

According to the Daily Mail at around the time that Harding’s pregnancy was announced, she had spent time with the actor last summer when he was shooting a film on location in the Czech Republic.

Back in October, Law’s representative also confirmed to People that Law was expecting to become a father again. “I can confirm that Jude Law and Catherine Harding are expecting a child together in the spring,” the rep said back then.

“Whilst they are no longer in a relationship, they are both wholeheartedly committed to raising their child. They consider this a private matter and other than this confirmation no statement will be made.”