'Black Sea' Takes Its Place In The Sub Genre

Submarines have been the subject and setting of movies since 1907, yet this small and distinctive genre has a new addition in the form of 'Black Sea'.

Oscar-winning filmmaker Kevin Macdonald has taken on one of cinema's trickiest genres with his new thriller 'Black Sea', a submarine movie starring Jude Law as a unemployed ship-builder who hires a mercenary crew to salvage a stash of Nazi gold lost in Russian waters. 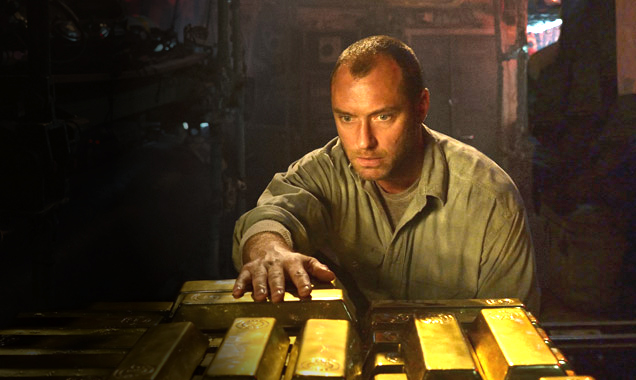 Submarine movies are a tricky proposition mainly because of the necessity of working within seriously claustrophobic sets that provide little help for audiences who haven't a clue what all these dials and gauges mean. Not to mention the fact that there is so little scope for a change of scenery. So Macdonald's film centres on the growing tension between the shifty crewmates as they create a mini Cold War in the deep, dark recesses of the 'Black Sea'.

Watch the trailer and clips from 'Black Sea' here:


There have also been adventure fantasies like 'Voyage to the Bottom of the Sea' (1961) and 'The Abyss' (1989), plus an enduring 1958 comedy ('Operation Pettycoat'), psychedelic 1968 undersea animation starring the Beatles ('Yellow Submarine'), and an all-star submarine disaster movie in 1978 ('Gray Lady Down').

But the undisputed champ in the genre is Wolfgang Peterson's strikingly realistic 1981 dramatic thriller 'Das Boot'. 'Black Sea' isn't quite in that league, but it's up to audiences to decide it the film rises to the top or takes a dive.

More: Jude Law Joined The Navy! (To Prepare For 'Black Sea', Of Course)