Steve Perry Performs With Eels For Second Time In A Week 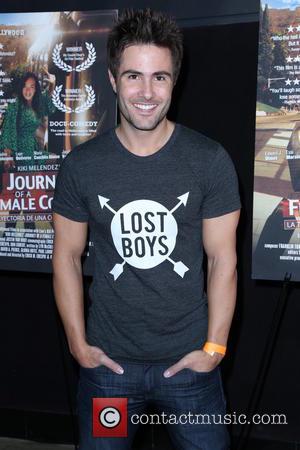 Former Journey frontman Steve Perry continued his stage comeback by joining rockers Eels at a show on Saturday night (31May14), marking their second gig together in a week.

Last Sunday (25May14), Perry made his first public performance since the late 1990s when he performed with the band at their concert in St. Paul, Minnesota, and treated fans to Journey's classic hits including Open Arms and Lovin', Touchin', Squeezin'.

Perry made a repeat performance at Washington, D.C.'s Lincoln Theatre, singing the same two Journey tracks, as wells as Sam Cooke's Only Sixteen and Eels' It's a Motherf**ker.

Explaining to the audience why he chose to perform that particular Eels' track, he said, "It is a song about profound loss. I recently lost someone who is the love of my life and I revisited that song. It meant even more to me."

Perry went on to reveal that it was frontman E, real name Mark Everett, who inspired him to return to the stage.