Journey Drummer Deen Castronovo Has Been Ordered To Seek Rehab Treatment For Drug Addiction As He Awaits Trial On A Range Of Charges Including Rape. 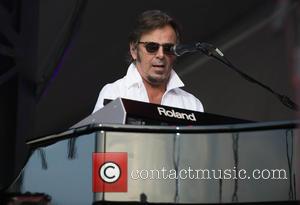 The musician is accused of rape, sexual abuse and unlawful use of a weapon after he was arrested by police officers at his home in Salem, Oregon in June (15).

He has remained in an Oregon jail since the end of June (15) after being denied bail, but on Friday (10Jul15) Marion County Judge Thomas Hart allowed him to be released on the condition he goes directly to rehab for drug treatment.

Castronovo, 50, told the court he blamed his behaviour on a drug addiction which has led to "the loss of my job (and) loss of my freedom".

He will have to wear an ankle monitoring device and his attorney expects him to remain in rehab until the trial begins in October (15), according to the Associated Press.