Cannes Road's End For On The Road 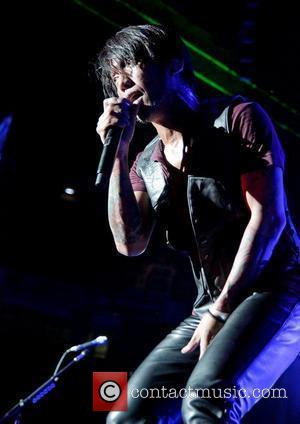 The film version of Jack Kerouac's famous beat-generation novel On the Road has finally made it to the screen after a decades-long Journey. The film received its worldwide premiere at the Cannes Film Festival today (Wednesday), where it is entered in the competition for the Palme d'Or, the top award. At a news conference, Roman Coppola, who produced the film, described how his father, Francis Ford Coppola, acquired the screen rights to the novel in 1979, and he described how other filmmakers had wrestled with the story to bring it to the screen. But it wasn't until Brazilian director Walter Salles plunged into it that it finally began to take shape, Coppola said. Nevertheless, Salles told the news conference, it took him eight years to complete the project. As part of the process, he disclosed, each of the actors in the movie spent time talking to The Descendants of the individuals on whom Kerouac based the characters in his book. Viggo Mortensen, who plays a character based on writer William S. Burroughs, suggested that the long gestation period probably serves the movie well, since young people today will probably identify closely with the characters and their experiences. "Today too you can sense a sort of rejection of the economic crisis and the authorities on the part of young people. It was thus a very opportune moment to release the film," he said.