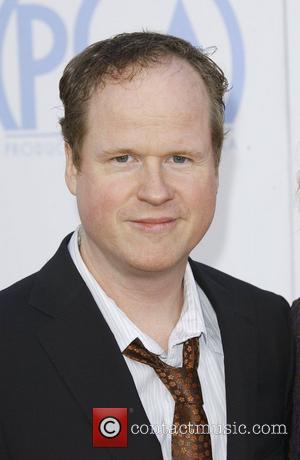 Joss Whedon, the creator of Buffy The Vampire Slayer , is aiming a satirical stake at the heart of Warner Bros. after learning that the studio plans to make a new movie version of his creation, without so much as a nod in his direction. "This is a sad, sad reflection on our times," he wrote in an email to E! Online, "when people must feed off the carcasses of beloved stories from their youths -- just because they can't think of an original idea of their own, like I did with my Avengers idea that I made up myself." [Whedon has signed to write and direct the forthcoming Avengers movie for Marvel Films.] ... I always hoped that Buffy would live on even after my death. But, you know, AFTER. I don't love the idea of my creation in other hands, but I'm also well aware that many more hands than mine went into making that show what it was. And there is no legal grounds for doing anything other than sighing audibly." But Whedon is not reluctant to sink a couple of fangs into Warners, the studio that owns the Batman franchise. "I can't wish people who are passionate about my little myth ill. I can, however, take this time to announce that I'm making a Batman movie. Because there's a franchise that truly needs updating. So look for The Dark Knight Rises Way Earlier Than That Other One And Also More Cheaply And In Toronto , rebooting into a theatre near you." Time magazine TV columnist James Poniewozik commented on the magazine's website today that he couldn't see any good reason to make a Buffy movie now. "It would seem pretty much a jerk move, made in the spirit of 'Hey, look around and see what vampire crap we own the rights to, I hear the kids are eating that up right now," he wrote. But putting aside such matters, he concluded, "the way Warner is approaching this -- with what, to the public eye anyway, seems like a big screw-you to Whedon -- seems like the dumbest way imaginable of executing what is a questionable idea to begin with. Namely whose genius idea was it to relaunch Buffy by alienating essentially every devoted Buffy fan on the planet?" In Britain's Guardian newspaper, columnist Ben Child summed up "What Whedon doesn't need to say is that there is only one person who should be in the driver's seat for a new Buffy movie, and it's the guy who co-wrote and oversaw seven hugely successful [seasons] of the multiple Emmy-winning show."