The creator takes a look at each of the seven seasons.

It's been 20 years since 'Buffy The Vampire Slayer' first hit our screens, and the Joss Whedon classic still has a huge fandom and a lasting legacy 14 years after it ended. It was the show that first brought vampires to the small screen in a contemporary setting and was a cornerstone in the creation of bad-ass female TV characters. 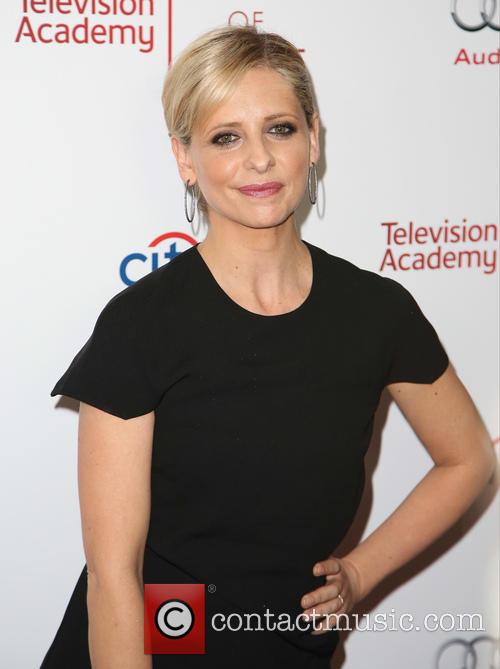 Creator Joss has taken this 20 year anniversary to reflect on each of the seven seasons of the phenomenal show; a show that spawned an equally popular spin-off, 'Angel', and propelled Sarah Michelle Gellar to international fame. The idea for the show, which started out as a box office flop of the same name in 1992, came to Joss when he grew tired of trite 80s horror films.

'I'd gotten so tired of slasher film cliches, especially the dumb, oversexed blond stumbling into a dark place to have sex with a boyfriend, only to be killed', he told Empire magazine. 'I began thinking that I would love to see a scene where a ditsy blond walks into a dark alley, a monster attacks her and she kicks its a**.'

'In season one, we found that we had a show that people liked', Joss reflected. 'I really thought people were going to laugh at the Buffy/Angel thing and say, "Well, he's a vampire. This is so hokey." But they couldn't get enough of it.'

By the time season two came around, all the characters were established and it started to get a lot darker and more emotional. That was nothing compared with season three, however, which delved much more deeply into each of their familial and romantic relationships. 'Season two exceeded my expectations and season three was a struggle, because I was so happy with the year before', Joss confessed. 'I was, like, "Can we do it again? Is the magic gone?" Which is good, because you keep working really hard. Year two got so personal and strange and it got heavier than I expected it could have.'

The high school years were fun, but Joss had to make a decision whether to keep them there forever or send them to college. Thankfully, he chose the latter. 'By season four we were into mission statements', he explains. 'What we said was this is the first year of college. The first year of college is about being able to do whatever the hell you want and completely losing yourself, trying on new identities and changing.'

The major theme of season five was, of course, family - particularly with the introduction of Buffy's younger sister Dawn (Michelle Trachtenberg) and their mother's ill-health and subsequent death. A major theme when one considers that sometimes Buffy faces dangers she just can't fight. 'We knew year one of college was freedom and not a lot of mom', says Joss. 'But Kristine [Sutherland, who played Joyce Summers], luckily, was spending a year in Italy, so it was perfect. And we said, "Perfect, then you'll come back and you'll be very heavy in season five and then I'll kill you."'

A surprising factor of season six was the audience's response to Buffy's deep depression, as well as the other dramas that people go through in real life. It seems that not a lot of people realised just how poignant these themes were. 'We're dealing with marriage and alcoholism and a really abusive relationship. We're dealing with someone who is practically suicidally depressed. It's weird, but people didn't respond to that so much', Joss adds.

Season seven was the final season of the show, which turned out to be rather difficult for Joss because he felt that he'd already written the perfect ending earlier on in the series. 'I feel that I wrote the perfect ending for the show and wrapped everything up exactly the way it should be. We wanted to hit the final chord of a beautiful symphony. That, unfortunately, was in season five', he admits.

It's definitely time for a re-watch.