Men To Appear In Court Over Joss Stone Plot 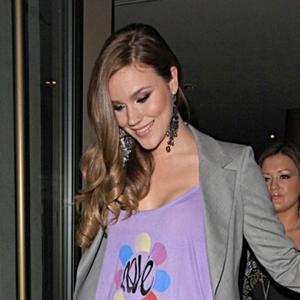 Two British men will appear in court this morning (16.05.11) over their plot to kidnap Joss Stone.

Junior Bradshaw, 30, and Kevin Liverpool, 33, - both from Manchester, North West England - have been charged with conspiracy to commit robbery and conspiracy to commit grievous bodily harm to the singer, after they were arrested near her house in Devon, Southern England, yesterday (15.06.11).

A body bag, rope and sword were said to have been found in the men's car, as well as photos and maps of the area.

Joss, 24, was keen to reassure fans she is fine following the ordeal, saying: "I'd like to thank everyone for their concern but I'm absolutely fine and getting on with life as normal while the police continue with their inquiries."

However, the singer is surrounding herself with friends while she gets over the shocking experience.

Neighbour Simon Alsop, 57, said: "She came over to borrow sugar on Tuesday afternoon and had a cup of tea with my wife.

"She was shocked but she was OK. I think she has friends in with her at the moment but she's holding up fine.

"When she told us what happened, it was the first we had heard of it.

"She didn't go into too many details. She seems a little bit shellshocked, but fine."

It is not known if Joss was at her £500,000 property in Ashill at the time the men were apprehended. Yesterday, the house was under police guard as detectives started their investigations.

The 'Super Duper Love' singer is believed to be worth around £9 million and was named the fifth wealthiest British and Irish pop star under 30 in a list compiled by The Times newspaper last month.