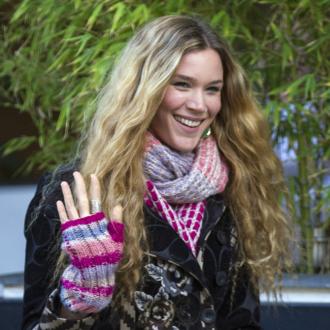 Two men have been convicted of plotting to murder Joss Stone.

Junior Bradshaw, 32, and 35-year-old Kevin Liverpool - who were arrested in June 2011 after they were seen acting suspiciously near the 'Tell Me 'Bout It' singer's home in Cullompton - were found guilty by a jury in Exeter Crown Court, South West England, today (03.04.13) of hatching a plan to rob and kill her.

Kevin Liverpool was sentenced to life with a minimum term of 10 years and eight months, and sentencing of Junior Bradshaw was adjourned.

In a statement outside the court, Joss's mother Wendy Joseph, said: ''Joss and myself and indeed our whole family are relieved that the trial is now over and that these men are no longer in a position to cause harm to anyone.

''Joss would like to thank everybody for their support and their good wishes.''

After the incident, Joss, who was not present for the trial, said she was ''baffled'' by it and didn't understand why she was targeted.

She said: ''I'm fine, if slightly baffled by it. I can't stress about what didn't happen, that would seem silly. Every job has positives and negatives and I guess this was one of the negatives that comes with mine. I don't expect life to be perfect. I just try to make it as fun as possible.''