The soul singer held a picture of her great-great-grandfather, who served in World War I, at the start of this year's Royal British Legion appeal

Soul singer Joss Stone has pledged her support for this year’s Poppy Appeal after she joined soldiers in a sunrise to sunset vigil to mark the start of the Royal British Legion’s annual campaign. 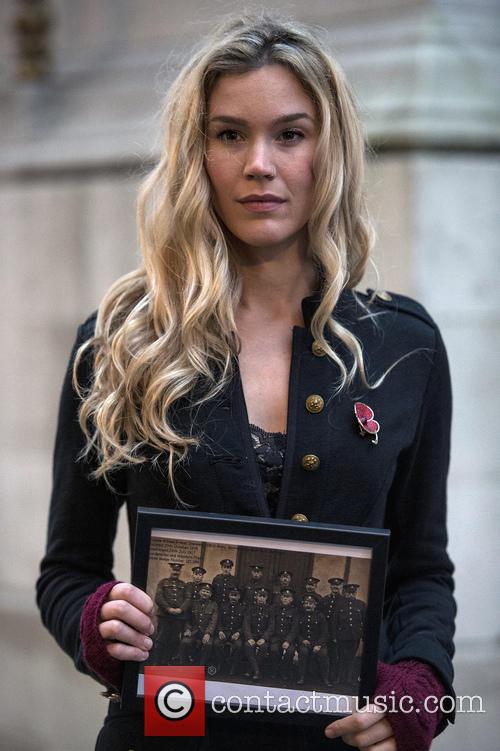 With her own personal commemoration as she held a picture of her great-great-grandfather, Private Alfred Ernest Stenning, who fought in World War I, she was joined by 29-year-old ex-Royal Marine Commando Pete Dunning, who lost both of his legs in Afghanistan.

The watch, which was held at the Cenotaph in central London, was inspired by images of the repatriation of the Unknown Soldier in 1920, when guards kept vigil at the coffin as a mark of respect.

The 27-year-old singer explained why she felt she had to take part in the event. She said: "There isn’t one war that is more horrific than another. These men are incredibly brave and a lot of them have laid down their lives so that we can live in a peaceful environment."

"I’m a couple of years off 30 and I’ve never seen war. Hopefully, my children will never see war in our homes."

In this the centenary year of the outbreak of the First World War, Stone has recorded this year’s official charity single, No Man’s Land (Green Fields of France) with guitarist Jeff Beck.

Commando Dunning, from Wallasey in Merseyside, said: "I’m honoured to be a part of this historic event. The RBL is the nation’s custodian of remembrance and this is a great way for anyone, whether they have served or not, to remember a loved one and celebrate our armed forces."