The two men accused of plotting to kidnap Joss Stone allegedly planned to ''find a river to dump her in,'' in a note found in a car believed to belong to them. 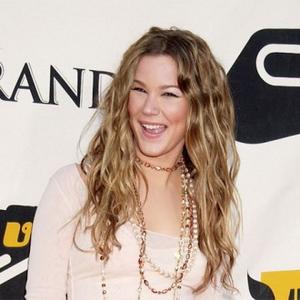 The two men accused of plotting to kidnap Joss Stone allegedly planned to "find a river to dump her in".

Junior Bradshaw, 30, and Kevin Liverpool, 33, both from Manchester, North West England were remanded in custody this morning (16.06.11) after appearing before Magistrates in Exeter, Southern England, accused of conspiracy to rob and cause grievous bodily harm.

Police had arrested the men after reports of them acting suspiciously near the 24-year-old singer's home. A car believed to belong to them was later found and police reportedly recovered balaclavas, knives, a samurai sword and detailed maps of the local area from it, alongside a series of handwritten notes.

According to the Mail Online website, one note read: "rob and kill, money in the safe, Joscelyn rob (sic)," while another detailed a plot to "find a river to dump her in."

Appearing in court this morning, Bradshaw and Liverpool spoke only to confirm their names, addresses and date of birth. They were not asked to enter a plea at this stage in proceedings.

Both defendants' requests for bail were denied and they were remanded in custody to appear for a hearing at Exeter Crown Court on July 1.

Joss - who is worth an estimated £9million - has been keen to reassure fans she is fine following the ordeal.

She released a statement yesterday (15.06.11), saying: "I'd like to thank everyone for their concern but I'm absolutely fine and getting on with life as normal while the police continue with their inquiries."