Disgruntled fans get what they want. CBS will release an alternative ending of 'How I Met Your Mother' which will feature on the show's complete DVD collection.

Millions of viewers tuned into CBS on March 31st to watch the finale of 'How I Met Your Mother', and after a memorable 9-season run fans finally got to find out where Ted met his love, and what happened to the rest of the gang.

However, after the beloved sitcom's final episode was over, not all fans were satisfied, but not to worry as an alternative ending will be made available in the near future.

The executive producer of 'HIMYM', announced on Friday (April 4th) that the show's final episode does have another ending and it will be featured on the complete DVD collection.

"16 days ago today we were in the HIMYM edit room, trying to decide between two very different endings," Bays wrote on Twitter. "We only shot one script, but through edit room magic we had two possible outcomes for the series."f

"We chose the ending we chose and we stand by it. But we loved the other version too," he continued. "We're going to include that version on the Complete Series DVD as an alternate finale to How I Met Your Mother."

The 'How I Met Your Mother' finale received a backlash off disgruntled fans after the show wrapped up the stories of Marshall (Jason Segel), Lily (Alyson Hannigan), Robin (Cobie Smulders), Barney (Neil Patrick Harris) and Ted (Josh Radnor).

The shocking moments occurred when it was revealed that 'The Mother', whose name is Tracy McConnell, fell ill and died of an unspecified condition, then six years later Ted retells the story to his children in 2030.

MORE: How I Met Your Mother Kids Knew About Series Finale From The Start

Robin and Barney got a divorce three years into their marriage. Robin's busy schedule as a TV reporter leads to the crumbling of their marriage, and two years after that Barney impregnates a women he met on a one nigh-stand. But having the child, which is a daughter, is the best thing that could have happened to Barney as he is forced to re-access his life and finally begins to grow up. 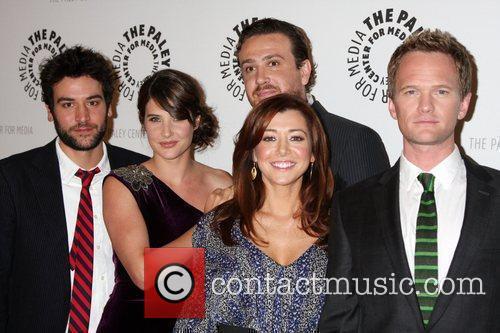 The stars of 'How I Met Your Mother'

And what frustrated the die-hard fans the most was the reconciliation of Ted and Robin at the end. After waiting nine years waiting to find out Ted's one true love turned out to be Robin, and not The Mother, the viewer's felt confused and frustrated.

Hopefully the alternative ending will satisfy every fan who didn't like the original ending!

Watch the cast of 'HIMYM' arrive at 'David Letterman' here