Former 'Drake & Josh' star Josh Peck discusses his upcoming action movie 'Red Dawn' - a remake of the 1984 film - in an interview in Los Angeles. He talks about the intense physical training he was put through and the dangers of working with real firearms.

When asked about his training he reveals that he had six weeks training with Navy SEALs and a week of Marine boot camp. 'We would do these scenarios where there was 9 of us versus three marines and it might as well have been 30 of us 'cause it didn't matter', he said. 'I also had a week of football training so I'm as butch in this movie as I'm ever gonna be.' He also mentions how the use authentic weapons posed various dangers on set. "They're real firearms and you're shooting this blank, the only thing that's missing is the bullet. if you were to mess around and use it too close it could really be quite lethal", he explains and says that he himself got an injury while shooting (pardon the pun): 'I got two stitches in my head from having one of the guns hit a seat and then butt me in the head.'

Battle of the Year: The Dream... 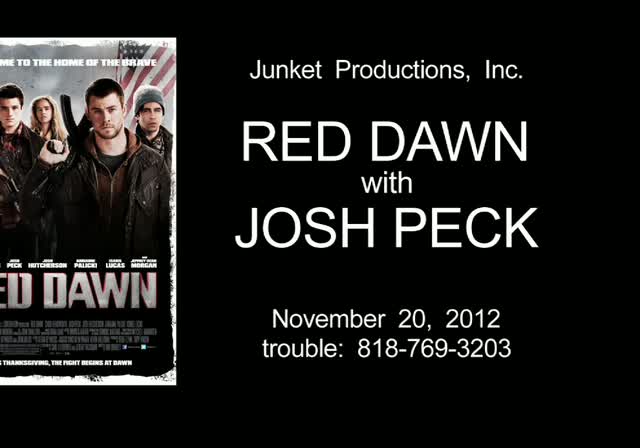