The Hunger Games Are Best In Show At Mtv Movie Awards 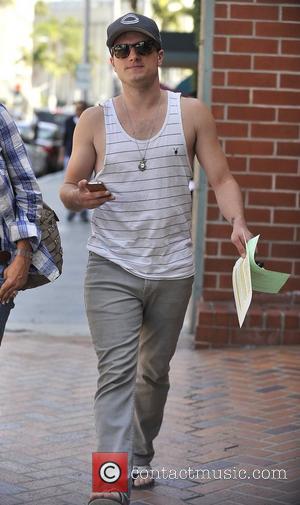 Taking home a whopping four awards, THE HUNGER GAMES was the biggest winner at this years MTV Movie Awards.
The stars of the film claimed both of the gongs for Best Male and Female performance, with Josh Hutcherson and Jennifer Lawrence claiming their respective awards. The starter of the film franchise also won the award for best fight, whilst ELISABETH BANKS won the award for Best On-Screen Transformation for her turn in the film.
However the biggest prize of the night, the award for Best Film, went to the latest edition of the Twilight franchise, with The Twilight Saga: Breaking Dawn - Part 1 taking home the coveted award as well as Robert Pattinson and Kristen Stewart taking home the prize for Best Kiss.
Other winners on the night included the stars of Harry Potter and the Deathly Hallows: Part 2, with Daniel Radcliffe, Emma Watson, Rupert Grint and Tom Felton taking home the award for Best Cast and Radcliffe taking home the gong for Best Hero. The cast of Bridesmaids were also honoured, as was Jennifer Aniston for her role in Horrible Bosses.
Johnny Depp received a special Generation Award for his services to cinema, taking to the stage to perform with The Black Keys rather than giving a conventional thank you speech. Christian Bale, Gary Oldman and Joseph Gordon-Levitt were also on hand to talk about the upcoming Dark Knight follow-up, with Bale clearly fighting back the tears when a montage featuring the late Heath Ledger came on screen.