Josh Hutcherson is open to the idea of dating guys but considers himself to be 'mostly straight'. 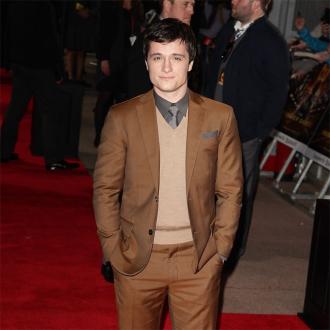 Josh Hutcherson is open to the idea of dating guys.

The 'Hunger Games' star has revealed he is ''mostly straight'' but is keeping an open mind as he is regularly attracted to men.

The 21-year-old actor told Out magazine: ''I would probably list myself as mostly straight.''

He added: ''Maybe I could say right now I'm 100 per cent straight. But who knows? In a f**king year, I could meet a guy and be like, Whoa, I'm attracted to this person.

''I've met guys all the time that I'm like, 'Damn, that's a good-looking guy,' you know? I've never been, like, 'Oh, I want to kiss that guy.' I really love women. But I think defining yourself as 100 per cent anything is kind of near-sighted and close-minded.''

The heartthrob sparked rumours he is dating his 'Paradise Lost' co-star Claudia Traisac recently after they were spotting kissing passionately while strolling around Los Angeles.

Asked about their relationship, Josh recently told Glamour magazine: ''As far as I'm concerned, you're both actors, you understand each other's lifestyle, so it's a very natural thing to have happen.''

Josh is the cofounder of the Straight But Not Narrow organisation, which aims to arm young people with tools and confidence to speak out against homophobia because he doesn't understand judgmental attitudes toward gay people.

He said: ''Sometimes it's frustrating to comprehend how people are not OK with it. If you can try to tell me how it's hurting you, you're crazy. You're absolutely crazy. Like, what do you mean it's not natural? Even if-- even if, which, I disagree, but even if -- why the f**k do you care?''