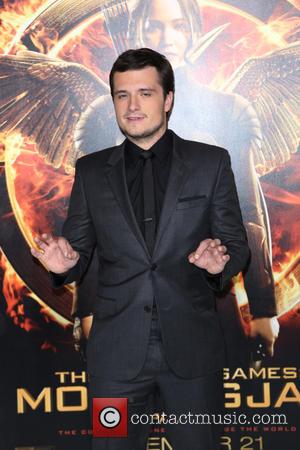 Actor Josh Hutcherson and director Ron Howard have teamed up to make a short film based on the life of one lucky competition winner.

Entrants for the contest, titled Project Imagination: The Trailer, are required to make and submit a film promo based on their own life and the winner, decided by Hutcherson and Howard, will have their clip transformed into a short movie starring the Hunger Games actor.

He says, "The creative process truly excites me, as does officially joining the cast of Canon's Project Imagination: The Trailer... I'm really looking forward to starring in a film inspired by user-generated trailer submissions."

Howard adds, "Josh Hutcherson is going to be a great addition, empowering a whole new generation to pick up a camera and realise they are far more creative than they give themselves credit for in their everyday life moments."

Howard created Project Imagination with bosses at camera brand Canon U.S.A. in 2011, but previous competitions were based on photograph submissions rather than videos.