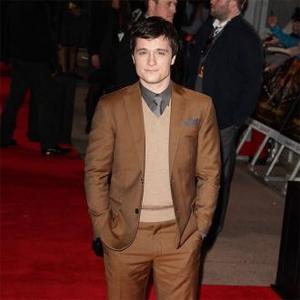 The director has ruled himself out of the running for 'Catching Fire', the follow up to the hugely successful first movie in the trilogy which tells the story of a futuristic world where teenagers are forced to fight to the death live on TV for entertainment but Josh admitted Gary is ''100 per cent'' his choice to direct.

He said: ''Gary [Ross] is my guy, 100 per cent, through and through. He killed the first one. He absolutely knocked it out of the park. Everyone who worked with him loved him. Myself and Jennifer [Lawrence] and all of the other cast members loved him. I couldn't imagine making the movie without him. That's what I have to say about that.''

Josh also revealed he is thrilled with the worldwide success of the movie.

He added to Collider: ''I'm very happy. I'm very excited. I didn't expect it, that's for sure. It's super-exciting. I just love making movies. The fact that people actually watch them, is just a bonus, I feel like. It allows me to keep on making movies. It's pretty exciting.''