The sci-fi series didn't make an appearance at this year's San Diego Comic-Con, signalling its time on USA Network was coming to a close.

Josh Holloway and Sarah Wayne Callies may have put on some fantastic performances throughout their three seasons of 'Colony' to-date, but it's been revealed this past weekend that the sci-fi series won't be returning to the USA Network when the current run of episodes come to an end later this week.

Strong ratings surrounded the show's launch back in 2016, with an average of 2.2 million viewers in Live+3 over the first two seasons. Co-creator Carlton Cuse looked set to have another hit on his hands, but when he stepped away from his role ahead of season 3 to focus on a 'Jack Ryan' series for Amazon, it was left to co-creator Ryan Condal and executive producer Wes Tooke to pick up the slack. 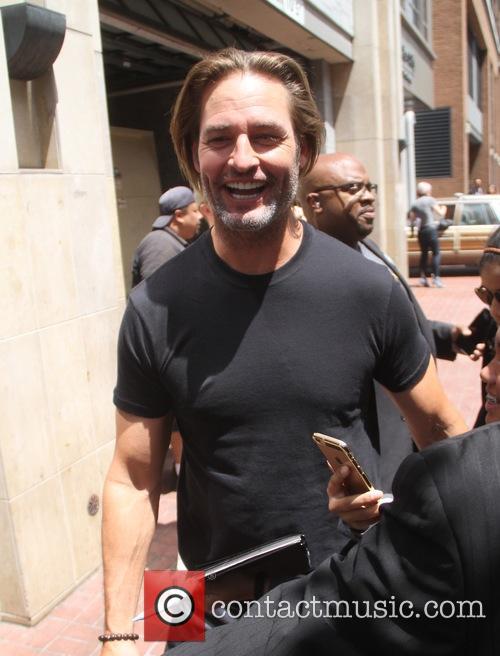 Arnold Schwarzenegger gets one of his most complex roles yet in this messy, violent thriller, another trip to the dark side for filmmaker David Ayer. As in Training Day and End of Watch, Ayer is exploring that moral tipping point where the people charged with protecting society become a danger. But the formula sags badly in this sloppily written script, which relies on grotesque violence instead of a coherent plot.

Schwarzenegger plays Breacher, the head of an elite DEA squad that has just stolen $10m in drug-bust cash. But someone takes it from them, after which the team members start turning up murdered in increasingly vicious ways. So Breacher and his colleagues - hothead Monster (Sam Worthington), prickly Lizzy (Mireille Enos), beefy Grinder (Joe Manganiello), hotshot Next (Josh Holloway) and smoothie Sugar (Terrence Howard) - band together to find the killer. Meanwhile, two local Atlanta cops (Olivia Williams and Harold Perrineau) are also on the case, clashing with Breacher at every turn. And shadowy goons hired by a drug cartel are lying in wait.

For about two-thirds of the running time, this is actually an intriguing whodunit, complete with clues and red herrings, suspicions and surprises. There's also a sense of urgency, as we never know who's going to get it next. Although the escalating grisliness is hard to stomach (it even reduces seasoned cops to retching wrecks), as is a hint of unnecessary romance. Then when the truth is revealed, the whole movie collapses into utter nonsense, desperately straining for moral resonance but undermining its own point with gratuitous brutality.

With a strong cast and striking production values, this thriller is sleek enough to hold our interest even if corporate espionage isn't a very exciting topic for the movies. As the title suggests, the film is trying to tap into the fear that our lives are being controlled by technology. But the script never goes anywhere with this idea, instead drifting through the usual plot involving shady bad guys, dark conspiracies and plucky heroics. All of which we've seen far too many times before.

It centres on young technical genius Adam (Hemsworth), who needs cash to pay the medical bills for his ill father (Dreyfuss). Working with his pal Kevin (Till), he goes for a big promotion but is instead sacked by his boss Wyatt (Oldman). The next morning, Wyatt makes Adam an offer he can't refuse: a chance to earn a fortune by spying on chief competitor Goddard (Ford). But this new undercover job brings all kinds of worries as Adam sees shadowy nastiness lurking around every corner. He's also suspicious that a recent one-night stand, Emma (Heard), works for Goddard. And that there's a strange man (Holloway) following his every move.

Rather than explore corrupt corporate culture or the idea that technology has eroded our privacy, the filmmakers create a fairly pedestrian thriller that tries to blind us with fake techno-speak and corny emotions. The plot continually hints that it will get darker and more momentous, but it never does. All of the stakes feel oddly small, the chain of events doesn't quite hang together and the characters never feel like more than rough outlines.

John 'Breacher' Wharton is the head of a DEA Special Operations Team, well-known by authorities for their formidable skill at hunting down gang members, confiscating drugs and using firearms. However, despite their crime-stopping work, they don't always play by the rules themselves. After arresting a drug lord and retrieving large stashes of money, meth and cocaine, they reward themselves by stealing some of the confiscated drugs for a party. Unfortunately for them, someone has also decided to make off with $10 million and now their bosses have found out. Breacher, feeling guilty about the drug theft already, is forced to plead his innocence when he is the number one person suspected; although he didn't do it, he knows that he is probably working with the person that did. When two of his agents are killed following the theft, and his wife and child are kidnapped, he becomes fiercely determined to uncover the culprit.

John 'Breacher' Wharton is the leader of a DEA Special Operations Team who, although happen to be the most skilled in their field, don't exactly always play by the rules. In perhaps one of the biggest busts of their careers, they arrest a major cartel leader and uncover a hoard of meth, cocaine and a stack of millions of dollars, and subsequently wind up celebrating by sneaking away some of the drugs they confiscated. However, when the folks above them discover that $10 million has been stolen from the money they seized, John is forced to plead his innocence, though with the unnerving feeling that someone on his not-so-straight team is absolutely capable of doing just that. The theft leads to the brutal murder of two DEA agents and John must find out where the money has gone before another dies - however, the time he has is drastically shortened when the cartel kidnap his beloved wife and child.

'Sabotage' is the latest action-packed crime drama from director David Ayer ('End of Watch', 'The Fast and the Furious', 'Training Day') who co-wrote the screenplay with Skip Woods ('A Good Day to Die Hard', 'Swordfish', 'X-Men Origins: Wolverine'). It is set to hit movie theaters in the US on April 11th 2014.

Adam Cassidy is a technology whizz who wants nothing more than to take care of his ailing father who is struggling to live in poverty-stricken retirement despite working all his life. He has a low-paid job at a massive technology corporation but is presented with the chance of a lifetime by his boss Nicholas Wyatt who tells him he can make him rich. However, this involves infiltrating the firm's biggest rival business led by Wyatt's old mentor Jock Goddard in a plot of dangerous espionage to uncover their biggest secret. He finally succeeds in obtaining a revolutionary piece of equipment and presenting it to Wyatt, but he finds himself trapped as his boss refuses to let him leave the company as he now knows too much. Realising that he and his beloved father are in danger not only from Wyatt but from Goddard as well after discovering their ploy, he sets out to use what they taught him to destroy what they built.

Based on the 2004 novel of the same name by Joseph Finder, 'Paranoia' has been directed by Robert Luketic ('Legally Blonde', 'Monster-in-Law', 'Killers') with a screenplay by Jason Dean Hall ('Spread') and Barry Levy ('Vantage Point'). This corporate action thriller is set to hit the US on August 16th 2013. 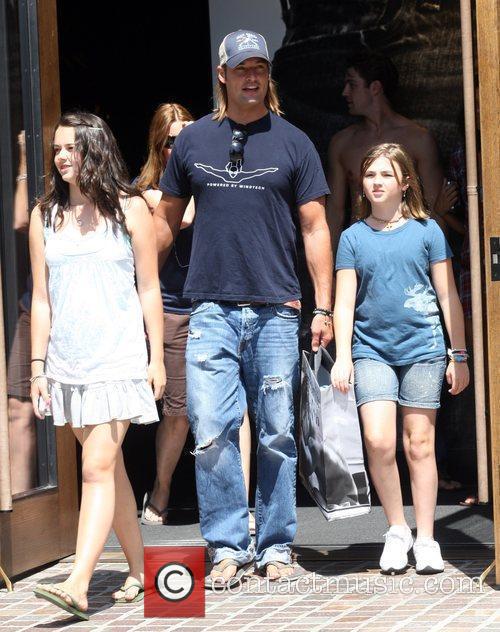