The couple, who have been dating since 2013, reportedly welcomed their first child into the world at the end of November.

‘90s heartthrob Josh Hartnett has become a father for the first time, as his girlfriend Tamsin Egerton has given birth to their first child a few days ago.

37 year old Hartnett was photographed carrying the new arrival in a baby carrier leaving hospital on Tuesday (December 1st), with 27 year old model Egerton reportedly having delivered the baby at the end of November. Representatives for the couple have not given any official notice of the baby’s birth, so it’s unknown whether it’s a boy or a girl for the photogenic couple. 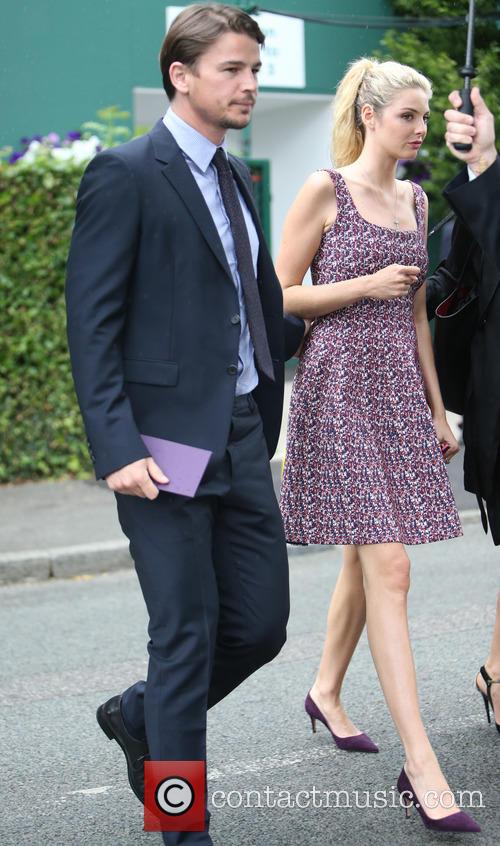 Josh Hartnett and Tamsin Egerton spotted at Wimbledon in 2015

Hartnett began his career in crime drama series ‘Cracker’ in the late ‘90s, before going on to star in blockbusters like Pearl Harbor and Black Hawk Down. Currently, he has a recurring role in Showtime horror series ‘Penny Dreadful’.

More: Josh Hartnett talks turning down ‘Batman’ role and saying no to the wrong people

Josh and Tamsin, most famous for modelling but also a star of movies like St. Trinian’s, first met on the set of 2010’s The Lovers, but are not thought to have become an item until they were reunited for 2012’s Singularity. They were frequently spotted out and about together from early 2013, and announced that they were expecting a baby together a few months ago.

Sources told Us Weekly at the time: “It was just a natural thing that happened. He said she was really nice. They seem to just really enjoy each other's company. And he thinks she's gorgeous, of course.”

Hartnett has always been protective over his private life, explaining to USA Today in May this year: “I purposefully didn't want people to know too much about my personal life because I think a lot of people give it away for free. I think if you spend too much time courting people's attention into your personal life, you lose your ownership of it.”

More: Josh Hartnett has turned down the chance to play Spider-Man, Batman AND Superman