Josh Hartnett Has Only Had Two Serious Girlfriends

Josh Hartnett has only had two proper girlfriends in his life and finds it ''fantastic'' he has been labelled a Hollywood cad. 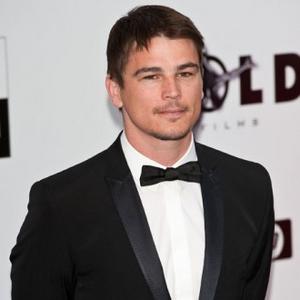 Josh Hartnett has only had two serious girlfriends in his life.

The Hollywood heartthrob has been linked with a string of different ladies over the years giving him a reputation as a womaniser but he insists that couldn't be further from the truth as he prefers being in committed relationships to dating.

Josh - who was with Scarlett Johansson for two years and has been romantically linked to Kirsten Dunst, Mischa Barton and most recently Abbie Cornish - said: "I don't really talk about that stuff because it's just asking for more scrutiny. But 95 per cent of the rumours are false and I just laugh. It's funny how they connect you to everyone in the room.

"I've been called a Hollywood cad. I think it's fantastic, having been in two real relationships in my life."

Josh also says he tries to stay out the limelight as much as possible because he wants people to take him seriously as an actor.

The 'I Come With Rain' star told the Daily Record newspaper: "The more you stay out of the spotlight, the more believable you are as an actor. You don't want anyone knowing about your life anyway.

"I'm a little bit more of a realist. I see that if you're always trying to operate outside of reality you're not going to get anywhere."