Josh Hartnett has moved on from his split from Amanda Seyfried and is reportedly dating his 'Singularity' co-star Tamsin Egerton. 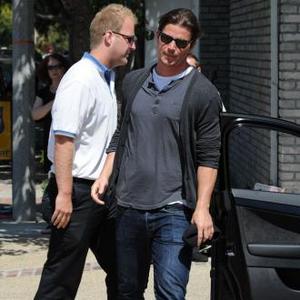 The 'Black Hawk Down' star has reportedly fallen for his 'Singularity' co-star after splitting from 'Mamma Mia' actress Amanda Seyfried.

Josh, 34, is so smitten with the 23-year-old British actress that he even invited her to his native Minneapolis last month for a friend's birthday party.

A source told Life & Style magazine: ''Josh doesn't usually bring his girlfriends home, so this one must be special. He's really into Tamsin.''

Amanda and Josh ended their four-month fling in April because she was too busy filming 'Les Miserables' in London while Josh was in New York.

A source said at the time: ''Amanda's been flying home to Los Angeles when she's not in the studio. She has been trying to see Josh but it hasn't worked. She decided to end things.''

The pair first hooked up in January after being introduced by mutual friends.

However, Amanda has previously admitted singledom had its plus sides.

''You don't have to check in with anybody except your mother, and there's all this freedom. You understand how many pressures come from being with someone.''