Singer Josh Groban Has Such Trouble Sleeping The Night Before Shows He Decided To Tape His Night Moves In A Bid To Find Out What's Going On In His Mind When He's Battling Insomnia. 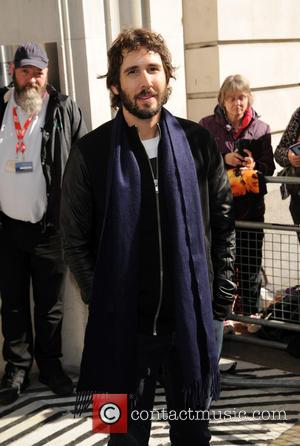 The operatic star downloaded a "sleep-talking app" on his iPhone, so he could listen to his late-night ramblings - and he was surprised by what he discovered about himself.

He tells Playboy, "I'm freaking out in all my dreams. Oftentimes I wake up but don't know I'm awake, and I think I'm somewhere I'm not - like in an alleyway... I jump out of bed a lot."

Groban has tried to figure out what's going on in his mind on the nights before shows, but admits, "I don't think it's any secret that I'm a super-stressed person. I'm very high-strung and anxious, and I have to keep my s**t together, so it comes out in my dreams.

"I'm running in slow motion, with my pants off, and then I jump on a dolphin and escape."

But his night moves once turned off an ex-girlfriend, who woke to find him "slicing" his arm on her torso "like a saw".