Groban's hilarious 2011 video singing Kanye's tweets went viral - and he came back for round two this week!

Four years after splitting the nation’s sides after singing some of Kanye West’s tweets, Josh Groban has returned to ‘Jimmy Kimmel Live!’ to take down another big name – Donald Trump.

The divisive front-runner in the Republican presidential nomination race has unleashed more than a few puzzling tweets into the public domain down the years, ranging from the self-promotional to the political to the just-plain-odd. 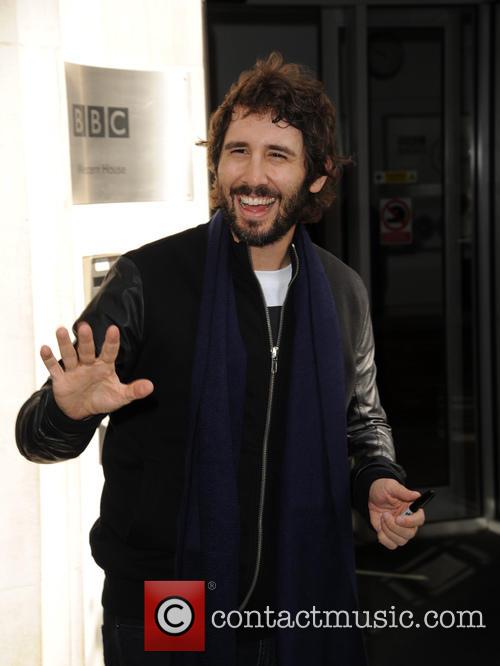 34 year old Groban hand-picked some of the very best selections from the welter of source material, and stopped by the ABC show on Monday night (August 17th) to deliver a worthy sequel to the 2011 viral hit.

Recorded as a mock-up style of a TV ad spot, Groban appears from behind a grand piano and introduces himself with some knowing sarcasm. “Oh hi. I'm Josh Groban - and I have the voice of an angel.” And things just get better from there!

More: Heidi Klum ‘trumps’ Donald Trump in video responding to his comments about her looks

For starters, he picked the occasion on which ‘The Apprentice’ tycoon weighed in on the Robert Pattinson-Kristen Stewart break-up back in 2012. “Robert Pattinson should not take back Kristen Stewart! She cheated on him like a dog and will do it again — just watch,” the operatic pop singer crooned softly.

He also opined on the bogus Obama birth certificate ‘scandal’ thusly: “@BarackObama’s birth certificate is a fraud.” And another pearl, this time when Trump had a pop at overweight people: “I have never seen a thin person drinking Diet Coke.”

And to finish off, Groban picked some of Trump’s tweets about global warming (“WE NEED GLOBAL WARMING!”) and about the brand of men’s fragrance he endorsed called ‘Success’ (“My fragrance – ‘Success’ is flying off the shelves @Macys. The perfect Christmas gift”).