Singer Josh Groban Postponed His Gig In Austin, Texas On Friday (23oct15) As He Is Still Suffering From A Virus. 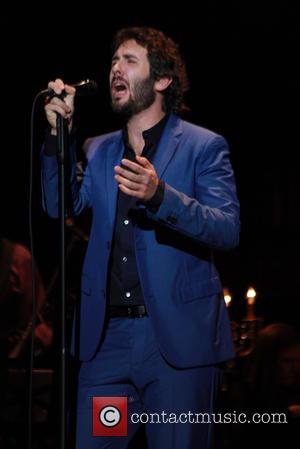 The You Raise Me Up star rescheduled a show in New Orleans, Louisiana this week (beg19Oct15) but he was still too sick to play the new date on Thursday (22Oct15).

His next concert in Austin has now been scrapped, and Josh writes on Twitter.com, "Still sick. Docs (sic) haven't given me clearance yet to sing. Austin is postponed... Sorry folks."

Josh also updated a fan on his condition, revealing, "One illness turned into another. Flu into bronchitis. Oy (sic)."

He previously told ticketholders he was trying all he could to get better, writing, "Guys I've been resting hard. On all kinds of meds (sic). And this virus just won't shake. And it's become respiratory... When your instrument is inside your body, sometimes shaking the wrong hand is all it takes to knock you on your a** for a minute."

Josh is next scheduled to perform in Dallas, Texas on Sunday (25Oct15).