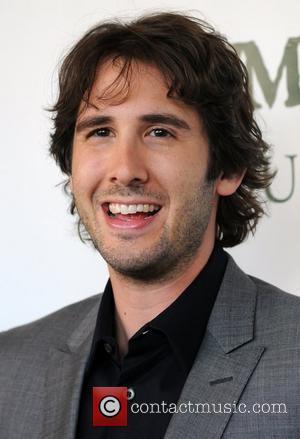 Josh Groban, Paul Simon and Trisha Yearwood took to the stage to honour late movie icon and philanthropist Paul Newman at a star-studded benefit on Monday (02Apr12).
Elvis Costello also performed at the Celebration of Paul Newman's Dream concert at New York City's Lincoln Center to raise money for Hole In The Wall Camps, a charity founded by the actor for kids with serious illnesses.
Hollywood stars including Jake Gyllenhaal, Tina Fey and Jimmy Fallon also made appearances at the event.
But the evening's most poignant moment came as Newman's widow, 82-year-old actress Joanne Woodward, stepped onstage to issue a heartfelt plea for donations and support.
She told the crowd, "This is the legacy of my husband, Paul, and he considered it to be his most important one.
"It is for that very reason that I find this delicate way, in my best manners, to ask friends and supporters to come together to help raise money, it's about helping the children who need it."