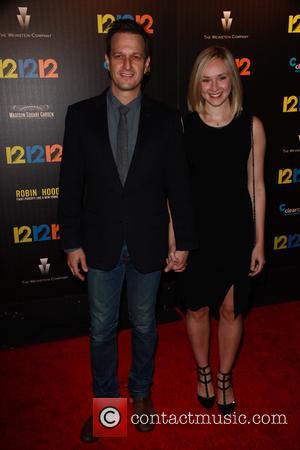 Actor Josh Charles has jetted off to Thailand to enjoy a belated honeymoon, four months after marrying novelist Sophia Flack.

The Good Wife hunk was noticeably absent from the star-studded audience at the People's Choice Awards in Los Angeles on Wednesday (08Jan14), when the hit legal show was named Favorite Network Tv Drama and Charles was branded Favorite Dramatic Tv Actor.

His Tv co-star, Julianna Margulies, was left to collect Charles' prize on his behalf and she revealed he had a very good reason for skipping the first big Hollywood awards show of the year (14).

She explained, "Josh Charles has an incredible excuse not to be here - he's on his honeymoon in Thailand, so I'm accepting this on his behalf, but as someone who gets to work with him every day and has known him for 10 years as a dear friend, I'm so grateful to all of you for choosing such a beautiful, nuanced, wonderful actor that I'm lucky enough to have as my leading man. Thank you."

Charles and Flack tied the knot in September (13), but postponed the traditional post-marriage vacation due to filming commitments for The Good Wife.