Josh Brolin and Jake Gyllenhaal to star in Everest

Josh Brolin and Jake Gyllenhaal are in negotiations to star in 'Everest', directed by Baltasar Kormákur, which will focus on the 1996 Mount Everest expedition that claimed the lives of eight climbers. 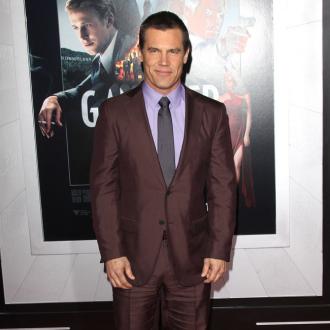 Josh Brolin and Jake Gyllenhaal are in negotiations to star in 'Everest'.

The Hollywood actors have been eyed up by director Baltasar Kormákur - known for upcoming movie '2 Guns' - for the lead roles in the disaster drama film, inspired by the 1996 Mount Everest expedition which claimed the lives of eight climbers.

Kormákur is attempting to gather up a star-studded cast and is considering handing the two other lead roles to John Hawkes - best known for 'American Gangster' - and 'The Great Gatsby' actor Jason Clarke, according to Deadline.com.

The film will focus on three disastrous attempted expeditions up Mount Everest in 1996 when a ''blinding'' storm hit and killed a number of people, and producers will draw from a selection of books and interviews with survivors.

Working Title's Tim Bevan and Eric Fellner will serve as producers on the film, while Universal Pictures and Emmett/Furla Films are currently under deliberation as to whether to co-finance the project.

Brolin - who was recently seen in 'Gangster Squad' - has four other projects in the pipeline, while Jake's new thrillers 'Enemy' and 'Prisoners' are set to hit cinemas in the next few months.

Kormákur is eager to hit the ground running with the movie and wants to start filming in November.