In the teaser trailer for the upcoming biographical Robert Zemeckis movie, 'The Walk', Joseph Gordon-Levitt is almost unrecognisable. The Twin Towers, on the other hand, are not.

On the morning of 7th August, 1974, French high-wire artist, Philippe Petit, made an incredible journey, as he flew into the record books with the record of the highest high-wire walk at the time. For 45 minutes, he walked back and forth along an eight-meter-long wire, 1350 feet from the ground, between the - then new -World Trade Centre Towers. 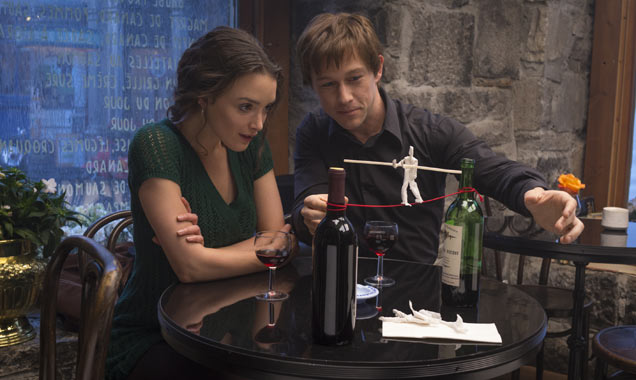 In 2008, the UK made a documentary about Petit's walk, entitled 'Man on a Wire'. Now, 40-years on from the insane and unauthorised stunt, director Robert Zemeckis ('Who Framed Rodger Rabbit', 'Back to the Future', 'Forrest Gump', 'Cast Away', you get the idea.) is working on a new biographical film, 'The Walk', looking into the life and aspirations of Petit and the walk that made him famous.

More: First Pictures Of Joseph Gordon-Levitt In 'The Walk'

The film features Sir Ben Kingsley, but stars an almost unrecognisable Joseph Gordon-Levitt as Petit, and a recent teaser trailer shows off him, the terrifying heights and the incredible filmography of the director. What it also does, in a move rarely made by modern film makers, is show the Twin Towers of the World Trade Centre. Its understandably difficult for filmmakers to show the iconic building (1976's 'King Kong' remake has been all but forgotten by the world because of its inclusion of the buildings), yet Zemeckis carefully and warily reminds viewers that the hope and ambition of what had been the tallest building in the world, really helped to inspire the story being told.

We still have a long time until we find out whether this subtext makes its way into the finished film or whether Zemeckis just shows off the buildings as being tall and Petit wanting to walk between them, as 'The Walk' will not be showing in cinemas until 1st October, 2015.

Watch the teaser trailer for The Walk