Joseph Gordon-Levitt and Paul Rudd are in the running for the lead role in 'Ant Man' which will see them cast as biophysicist Henry Pym in the new superhero film. 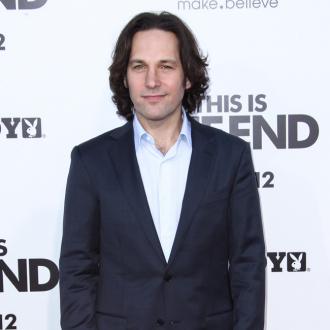 Joseph Gordon-Levitt and Paul Rudd are in the running for the lead role in 'Ant Man.'

The 'Don Jon' actor and 'This Is the End' star are both set to meet with executives from Marvel Comics and director Edgar Wright before the casting is decided.

According to Variety, the two stars are front-runners for the hot spot where they will play biophysicist Henry Pym, however other actors have not been ruled out for the demanding role.

Wright co-wrote the script with 'Attack the Block' director Joe Cornish and it retells the comic story of Henry Pym and his girlfriend Janet Van Dyne, who becomes known as the Wasp, as they fight crime.

Gordon-Levitt's latest film 'Don Jon' saw him star as alongside Scarlett Johansson and he previously confessed he knew he wanted theactress to play his love interest in the movie long before he met her.

He said: ''I didn't know Scarlett, but I spent more than a year with the image of her in my head playing this character. She couldn't not do this.''

Meanwhile, Rudd has been working on Broadway production 'Grace' with Michael Shannon but he finds theatre ''less appealing'' than shooting movies.

He recently said: ''I love doing plays, but it is an interesting grind, and exhausting in a way I find less appealing [than films].''