Joseph Gordon-Levitt would consider starring in the 'Justice League' film, which DWAYNE 'THE ROCK' JOHNSON is also in talks for. 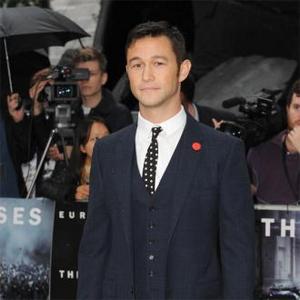 Joseph Gordon-Levitt would consider starring in the 'Justice League' film.

The actor appeared in 'The Dark Knight Rises' as heroic cop John Blake - whose twist hinted at a greater destiny for the character - and when asked if he would reprise the role for the all-star superhero, he wouldn't rule it out.

He told MTV: ''It always depends. I always pick projects that I want to be involved in for the same reasons.

''Is The Script really good? Is the filmmaker a really inspired artist that I feel connected to? That's what I always pay attention to.''

As well as Joseph being interested, DWAYNE 'THE ROCK' JOHNSON recently revealed he was in talks to play superhero Lobo in the ensemble film.

He tweeted: ''Rumors of me possibly playing LOBO are true. Joel Silver and Brad Peyton working on it now. That could be fun. (sic)''

'The Justice League' is expected to hit cinemas in 2015.

However, Ben Affleck recently ruled himself out of directing the movie, claiming he hadn't been asked to do it.