Joseph Gordon-Levitt insists Scarlett Johansson reaches new levels of acting in his directorial debut 'Don Jon's Addiction', and he believes people won't have ever seen her do ''anything like this before''. 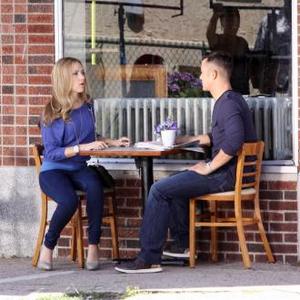 Speaking at the European premiere of 'The Dark Knight Rises' in London's Leicester Square, he told BANG Showbiz: ''We just finished shooting it and when I get back from doing this tour then I'll begin cutting it.

''Scarlett is fantastic in the movie, you've never seen her do anything like this before. She's got a whole other character - her voice, her nails, everything.''

Joseph's latest role sees him play police officer John Blake in 'The Dark Knight Rises', and he revealed the movie's helmer Christopher Nolan was ''super encouraging'' when he told him he was making his directorial debut in 'Don Jon's Addiction'.

He added: ''I loved the transition from acting to directing. I've had the good Fortune to work with a lot of excellent directions, Christopher Nolan being a prime Example.

''I was finishing writing this movie while we were filming 'The Dark Knight Rises' and I told him I was directing it and he was super encouraging - I just thought that was The Sweetest Thing.''