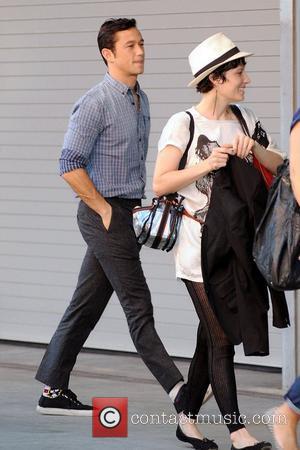 Joseph Gordon-Levitt ’s latest movie Looper was the jewel in the crown of Toronto International Film Festival’s opening night on Thursday (September 6, 2012). The movie received an enraptured response from those in the audience, as Joseph himself watched on, perched on the edge of his balcony seat. According to Entertainment Weekly, JG-L, who appears to be making a deft transition from child actor to Hollywood staple, watched the premiere along with his co-stars in the movie, Emily Blunt and Bruce Willis.

The audience reportedly “clapped, yelped, giggled at silly moments, and even gasped throughout the movie (twists and turns abound)” which tells the tale of mob assassins (loopers) who use time travel to kill people brought back from the future. Willis plays the same character as Gordon-Levitt, but 30 years down the line and the scenes where the two are engaged in battle with each other seemed to be particularly popular. Introducing the movie, Joseph Gordon-Levitt managed to get in a couple of wise-cracks and got a few cheers from the crowd when he referred to Willis as “a little indie actor you might have heard of.”

The organisers of the Toronto Film Festival were enthused by their choice of opening movie; not least because it was the first time that the festival had been opened with a sci-fi movie. The festival’s artistic director Cameron Bailey also noted “It's the first time we've opened the festival not only with a science-fiction film but with a U.S.-China co-production. It's not that common yet… but it’s the future of filmmaking.”