Joseph Gordon-Levitt Mastered The Art Of Tightrope Walking For His Thrilling New Drama The Walk From The Real-life French Daredevil He Portrays Onscreen. 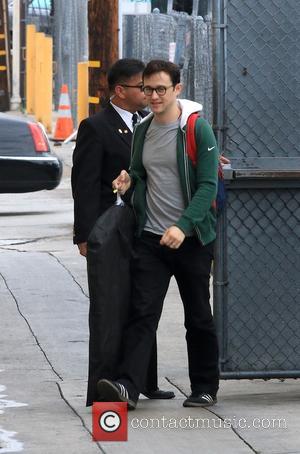 The actor was put through his paces in preparation for the role and reveals he received personal lessons from the stuntman himself.

"I did learn how to walk on a wire," he told U.S. talk show host Jimmy Fallon. "Philippe taught me how to do it! He insisted that he be the one to teach me. He said, 'No one else understands the art, the poetry of how I walk on the wire so I will be the one to show you'."

Gordon-Levitt showed off his new talents in the movie, which is based on Petit's memoir, and the Frenchman couldn't hide his excitement after viewing the finished product.

The actor explained, "He called me and said, 'You're the first one I wanted to call. I just want to say I love the movie. It's so important to me that you represented my art, my work so well and I wanted to tell you'. He's the kind of guy... he's an honest man and if he didn't like the movie, I don't think he would have called me...! It meant a lot to hear from him."